SF MOMA has been closed while a new wing is being built. The anchor piece of the new space will be a Richard Serra sculpture. The interlocking steel spirals - which are 13 feet tall and together weigh a whopping 235 tons. And since the addition's ground floor will be clad in glass, the much-praised "Sequence" should be visible even when the museum is closed.

I went to the museum last month to watch the last of the 12 parts being moved into the space. After it is placed inside the rest of the building facade can be installed. While I was sketching a photographer from the SF Chronicle took photos of me sketching. So in the both Richard Serra and I were featured in the paper's article! 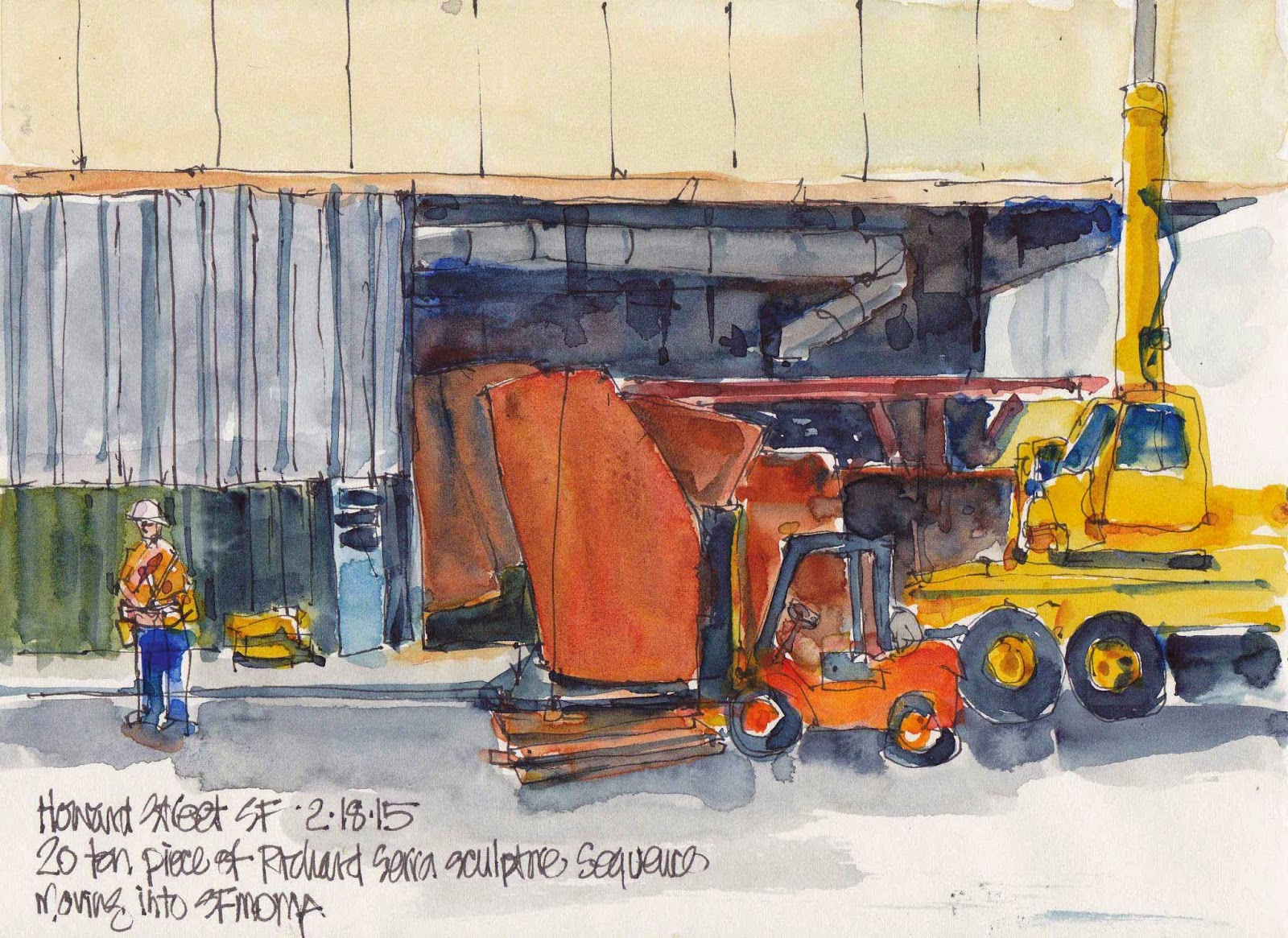 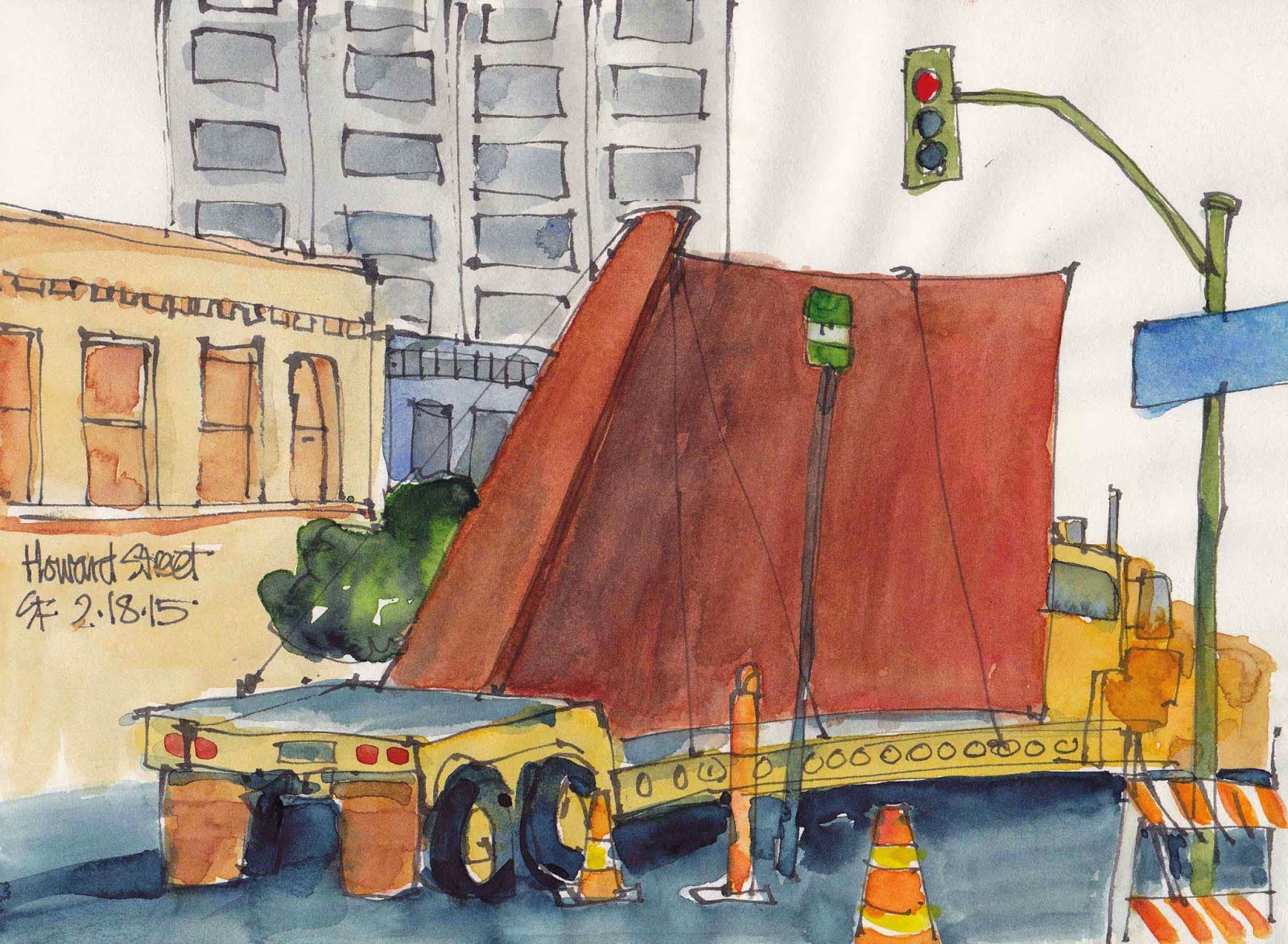 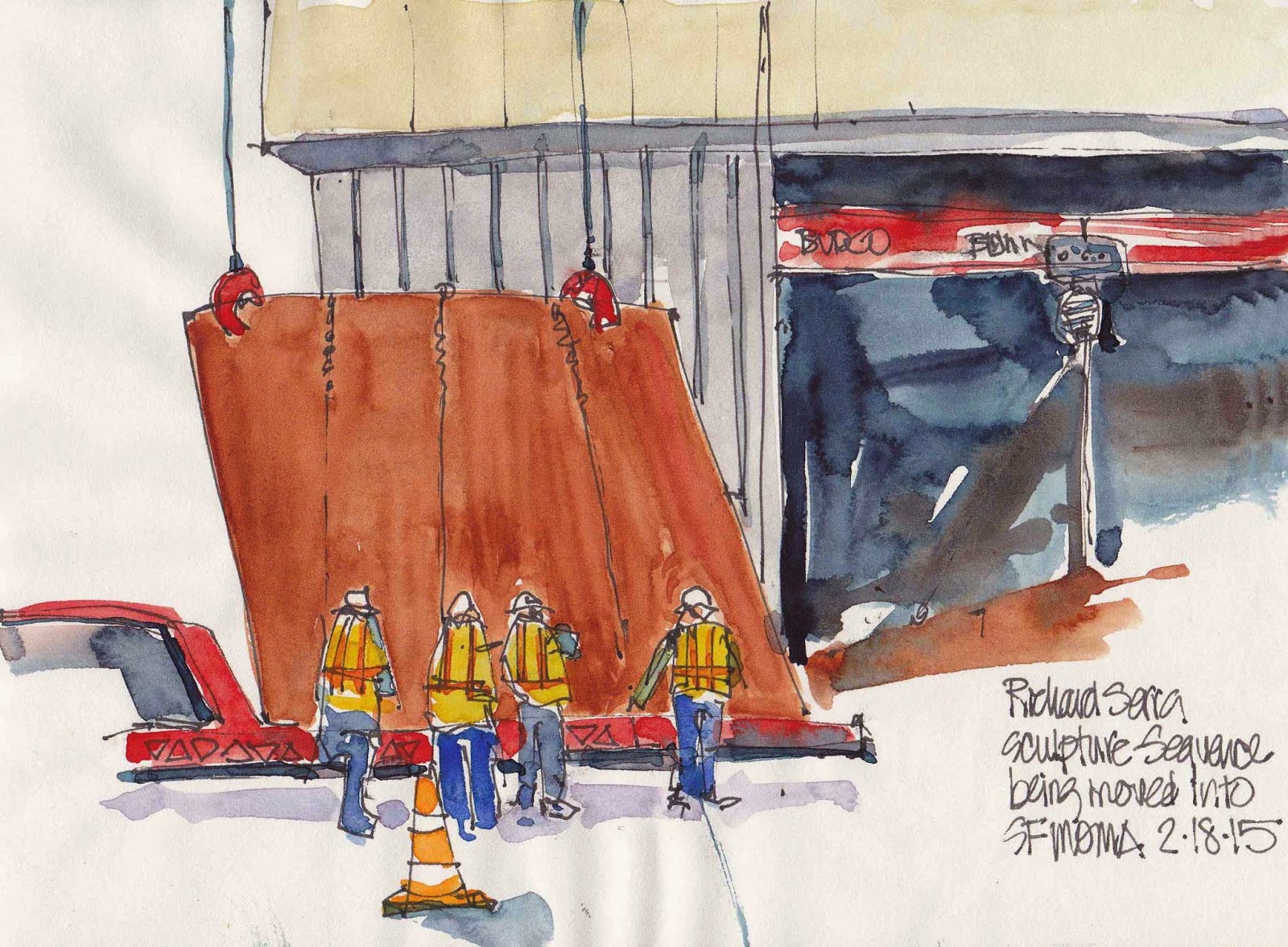 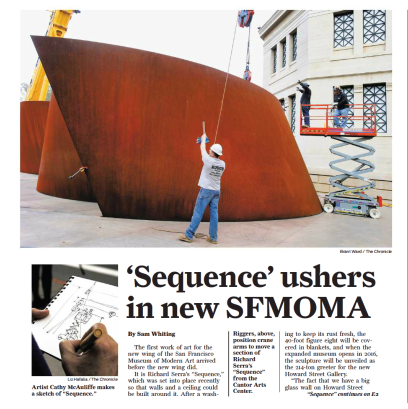 Posted by cathy mcauliffe at 8:41 PM

To learn more about us you may click the following links to read our "Meet the Sketcher" intros on this blog or use the links below these to visit our personal websites. 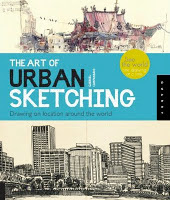